The All New iPhone XS, XS Max, XR, A12 Bionic and Apple Watches Series 4! Everything You Need to Know About 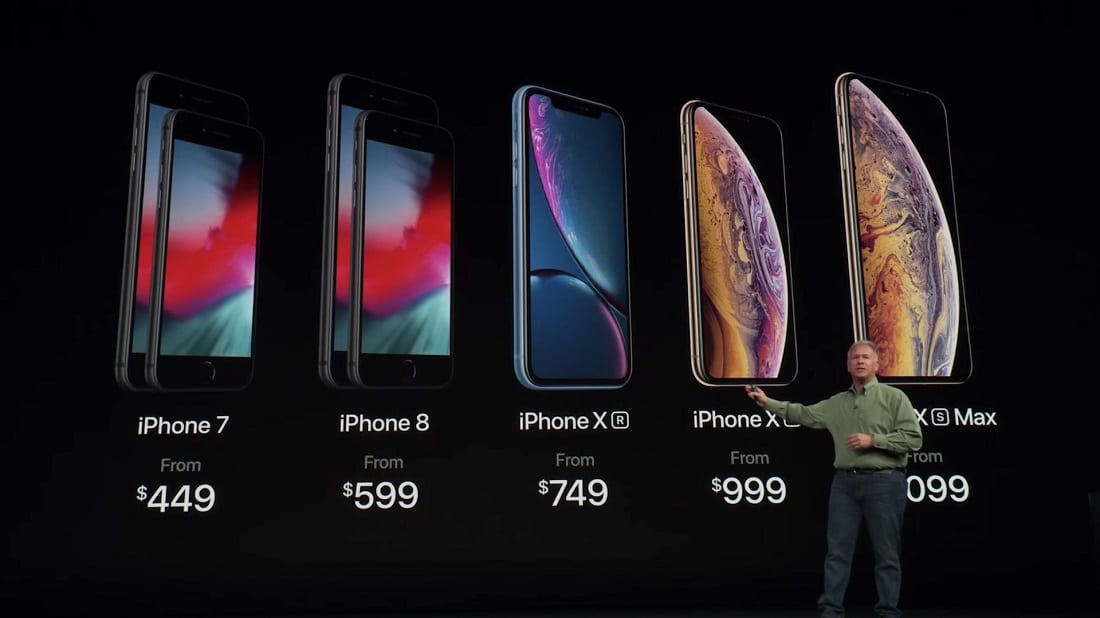 Apple has incredible versions in smartphones and smartwatches, and you must know each and every to own the perfect one that matches your desired requirements and looks. It’s time to find some of them with their detailed specifications and features. This article will surely be utilized to get one of your wishes. 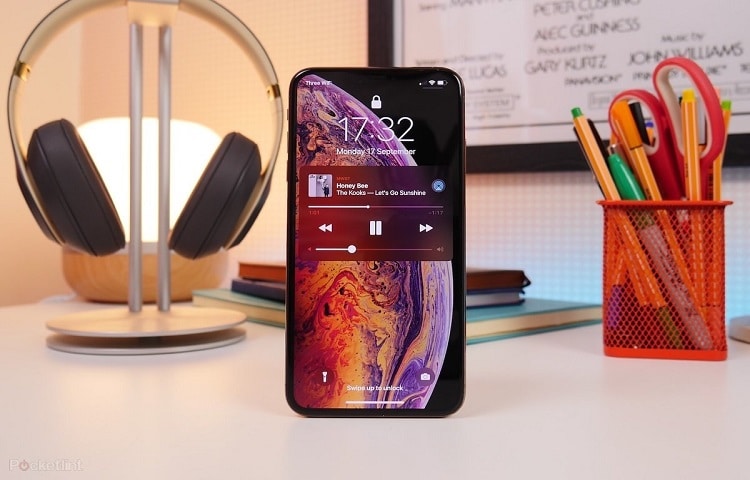 As we all are aware that iPhone focuses more on its screen designs, and this version is the best if you are a movie watcher on your device on a regular basis. It is almost the same in terms of technical aspects just like XS. Below-mentioned are some specifications of the same;

• Operation system called iOS 12 s used in XS Max. It consists of the A12 Bionic chip. iPhone XS Max consists of a stainless steel body and has various colors such as silver, golden, and space gray. The various models are differentiated with its varied storage capacity 256 GB, 128 GB, and 64 GB.

• The water-resistant feature: 2 meters in water until 30 minutes.

• The screen is 6.5 inches diagonal, HDR screen, super retina (OLED), and 458 PPI resolution. It is said by Apple, as the biggest screen by them till now.

• iPhone XS Max has an ability to blur out the background with its improved version of Bokeh. It has the best depth control features which can be used once an image has been clicked.

• Camera: It consists of HDR which offers sharp and more sharper and detailed shots. Xs Max has 12 mp back camera with more image stabilization and 2X optical zoom. It offers improved image quality when it’s time to click some lower light shots with sharper action shots. 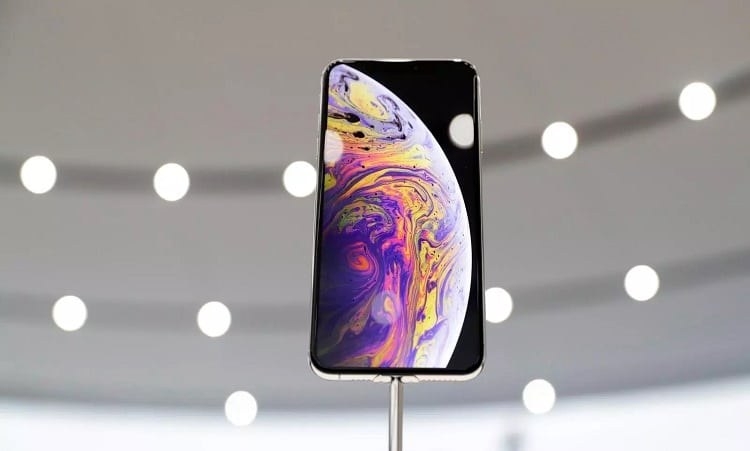 The latest version by Apple has varied features and appearance which makes it different from others for sure. Let us run through the quick glance of the specifications of the phone;

• It has 5.8 inches diagonal, OLED, Super retina screen with 458 PPI resolution. As we all know Apple uses the best quality to develop their screens which offer excellent color accuracy, the best contrast, brightness, and true blacks. It has a round-cornered and chicer look with no physical button present.

• Xs has an Operating system called iOS 12 which is Apple’s new versions. It has inbuilt chips introduced by Apple called A12 Bionic. As compared to other iPhones this chip has an ability to utilize real-time learning which further can be used to improve gaming and photos experience. Due to A12 Bionic, the performance has been improved almost by 15% and the battery is saved by 50% as compared to A11.

• Camera: iPhone XS consists of smarter cameras as compared to its previous versions. It has dual 12 mp back camera which is responsible for 2X optical zoom and stabilizing images. The camera consists of mixing up of various technologies and Smart HDR is the result of the same. You can have more highlighted and the best shadows when you click with its neural engine and advanced ISP. It offers improved image quality when it’s time to click some lower light shots with sharper action shots.

• It can last for 30 minutes in 2 meters of water. It has variants such as 256 GB, 128 GB, and 64 GB. It has a stainless steel body without a physical button and three colors namely; space gray, silver, and gold. 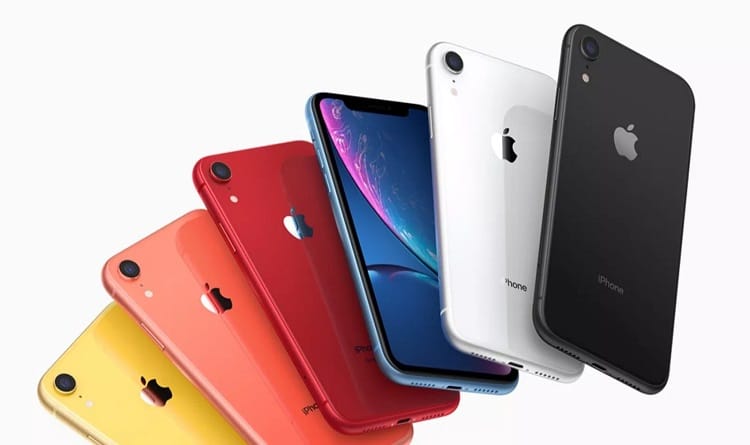 iPhone XR is for the people who think more about saving money and getting the featured phone at the same time. This phone is quite in the budget but it lacks some features as compared to its other versions. Let us run through some quick specifications of the same;

• The operating system used in the iPhone XR is the latest one from Apple known as iOS-iOS12.

• It has diagonally longer by 6.1 inches LCD retina (liquid) screen with the resolution of 326ppi. As compared to other OLED (Organic Light Emitting Diode) screens in other versions of iPhone X, the screen is not that appealing, but still, in such a lower range of price, iPhone has tried to give everything like those.

• Also, one of the features that are lacking in iPhone XR is that it does not offer that 3D touch that is responsible for instant access.

• It consists of the smart HDR camera by which one can take sharper images with a vibrant touch. It consists of depth and Bokeh control features. Also, it has 12mp back camera which actually lacks image stabilization and zoom feature.

• The various models are differentiated with its varied storage capacity 256 GB, 128 GB, and 64 GB.

• It can hold back in water up to 1 meter nearly for 30 long minutes. iPhone XR has a lower resistant aluminum body with various colors like blue, white, red, yellow, and black. Like other versions of iPhones, XR even does not have a physical home button.

• As discussed earlier, Apple has tried hard to make this particular piece of design, an affordable one as compared to its other productions to get through a wide range of its consumers. So, the price range of iPhone XR starts at US$749. 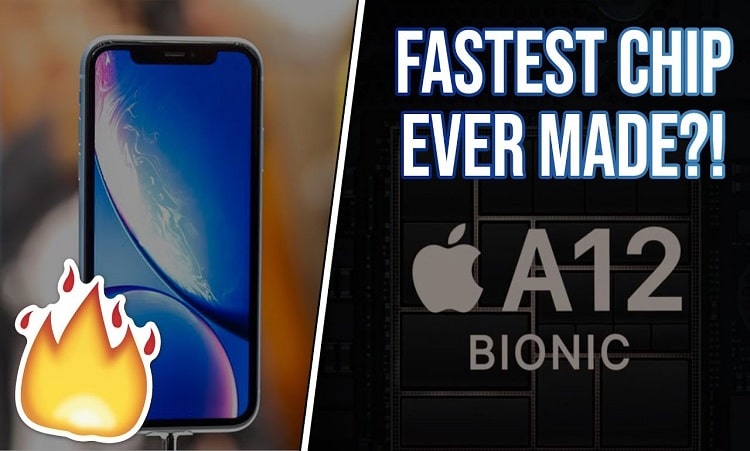 A tremendously efficient, Apples neural engine named A12 Bionic is indeed the best one with added specifications. Let us run through some of the specifications of the same;

• Apple’s neural engine has developed by using a 7-nanometer processor which is the first to use in the whole industry. Bionic chip normally does heavy computational tasks and remaining 4 cores take care of other daily tasks.

• As compared to A11, it has 4-core GPU and contains almost 15% more efficiency in order to enhance the graphics in an effective way. The cores are responsible to enhance the performance almost by 15% and consume less battery (50%)

• An engine with added features will be utilized for advanced level real-time machine learning. Other factors are included like reading patterns, learning from experiences just like we do, and making predictions.
Other specifications include;

1. A12 Bionic is considerably faster and is able to fulfill almost 5 trillion operations per second.

3. Bionic is built with advanced ISP (Image Signal Processor) with the help of which it is possible to click high definition pictures and gives assurance to experience high-level photography with the help of its advanced HDR.

4. It has an architecture with 8 cores which makes it able to run 9-times faster as compared to A11. 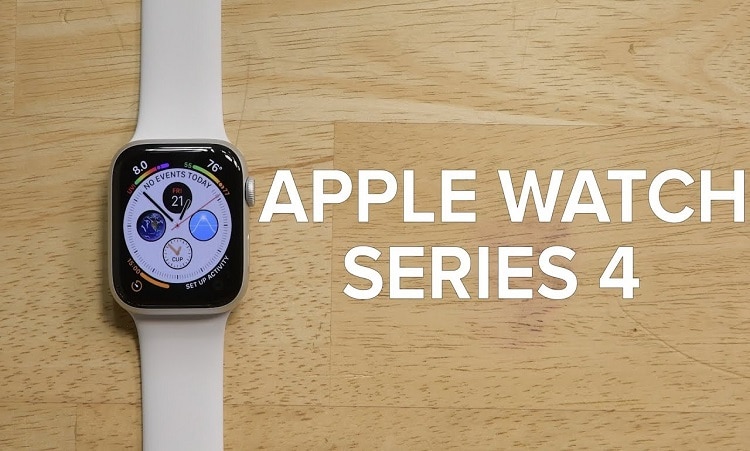 Apple series 3 is already on the top in smart-watch markets and now Apple has introduced its series which is known as Apple series 4. Some of its features are listed below;

• The appearance is quite thinner and consists of a larger screen almost 35% larger which is comparatively larger than Series 3 Apple watch. It has two sizes such as 40 and 44mm respectively with variant color like space gray, silver, and golden with aluminum screen. Battery life is 18 hours which is huge.

• The sound is 50% louder as compared to its previous series so it is better to listen to Siri or other notifications which is clearer. You can have an electrocardiogram (ECG) by just keeping your finger on the digital crown and haptic feedback. The price range of the new Apple watch series 4 is $399 for the GPS version and $499 for the cellular version.

• It has a new watch face which can fit 8 complications. New series has added the feature of fall detection. It detects when you fall and can alert emergency call services. Even during immobility, it can automatically connect to the emergency contact.