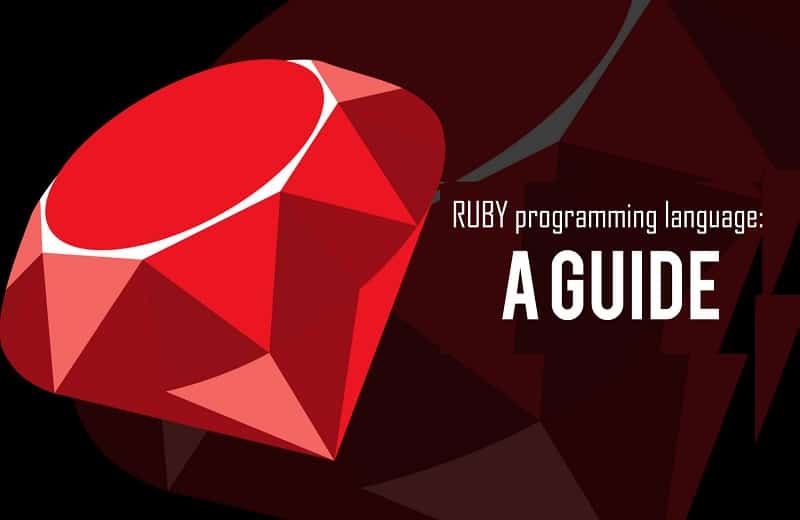 Ruby is a dynamic, open-source, object-oriented programming language. Ruby is written in C programming language and has the ability of Python and Pearl. It was conceived and developed by Yukihiro Matsumoto of Japan in 1993-1995. It was first released on Japanese domestic newsgroup in December 1995.

Ruby’s main philosophy revolves around the idea that programming should be fun and productivity. The main focus should be on humans, the programmers, who have the freedom to think about best ways of solving a problem, rather concentrating on the ways a program run faster and more efficiently on a computer. Humans are the masters and computers are the slaves, not vice versa.

Ruby language combines some of the best features of other famous coding languages like Perl, Lisp and Smalltalk. The careful selection of features makes Ruby handy for both, beginners and experts. It is simple and straightforward enough for beginners to feel comfortable at working with and also powerful enough to provide all the tools required by a virtuoso computer programmer.

The major reason behind its being popular with programmers is the basic fact that it is an object-oriented language. Every value including instances of the type, classes, methods is treated as objects. The methods which are defined at the top-level scope become object class methods and since this class is also the ancestor of all other classes, they can be called on any other object. Ruby’s syntax is pretty similar to the syntax of Python and Pearl languages but has a very strong influence of object-oriented architecture.

The code in Ruby is relatively smaller compared to other similar languages. In other words, you can solely concentrate on your main task, rather be getting distracted due to enormous code lines. It basically compartmentalizes the work for simpler and faster executions. 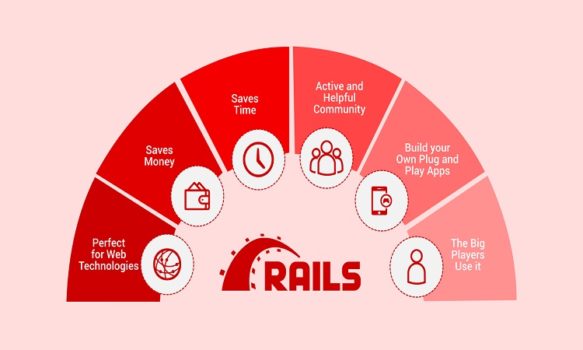 Ruby programming language despite having a cult following always fell short of reaching the top status. It was the combination of Ruby with Rails which managed to create noticeable excitement among the programmers and proved to be the game-changer.

Rails, a web programming framework, were written in Ruby language by a company called 37 Signals. It was released in 2004. It works at making web applications simpler and easier comparatively. Rails are an integrated framework which works mainly utilizing the dynamic nature of Ruby.

The main focus of Rails developers was to increase productivity, and it follows a unified approach towards Web architecture with the focus on solving the requirements of a large amount of web application projects. Rails prove extremely useful for data-based Web applications. One marked difference between Rails and other frameworks is that Rails emphasizes convention over configuration.

Normally when you writing code, you have to start from scratch and depend hugely on the coder team’s skills and expertise in maintaining the standards of a good code. A rail tries to use conventions rather than configuration, which results in time-saving, enhancing the overall productivity.

This particular strategy goes a long way in saving coders from writing a large number of code lines. By freeing the coders of these mundane but necessary decisions from the programmer, productivity automatically increases, since the programmer pays more attention to satisfying the needs of the customer rather getting burdened with this technical plumbing. One study by IBM showed that Rails application required only a fraction of code compared to Java configuration code for the same situation.

For a new java coder, it might take around a week to develop a web application that successfully communicates with the database. Comparatively, with no prior knowledge of Rails, it takes around one day to reach the same goal when working with Ruby language.

Making your applications user-friendly for pocket PCs and smartphones is an excellent opportunity for developing appealing products and to capture the ever-expanding market share. The developers can utilize both mobile and web technologies since it becomes relatively very easy to leverage frameworks and mobile development SDKs with Ruby. For an effective and smooth start, both mobile application developers and Ruby developers need to acquaint themselves with the tools of smartphone support and Ruby development. Here is a brief overview of the tools used for developing Ruby apps for mobile devices. 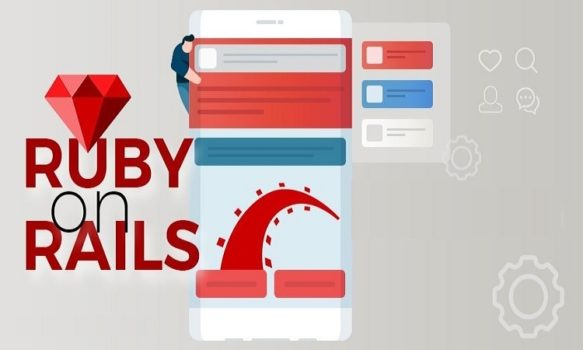 IronRuby takes Ruby to Dynamic Language Runtime that runs on top of .NET. IronRuby runs all the basic features of Ruby language. It connects the .NET framework with Ruby code. Rubi on Rails development scenarios can be run using IronRuby, like generating a model, migrating a database. Combining IronRuby with Windows phone platform opens up a large number of possibilities for Ruby on Rails developers, mobile application developers and .NET framework developers. .NET developers can benefit enormously from the incredible potential of Ruby and Ruby on Rails platform and can write more appealing and interactive applications for Window mobile devices. Ruby developers can check Rails documentation page on IronRuby website to study other scenarios available. 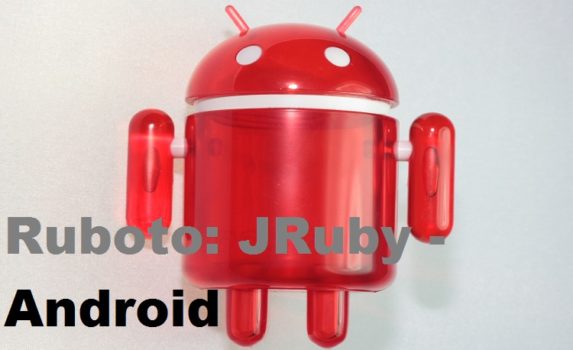 The Android platform supports java mainly, but Ruby developers can use Ruboto. Ruboto is an Android development package that can be utilized to create applications using JRuby. JRuby is used by Ruboto to open up Andriod API. Mobile application developers can save, edit and run scripts of the phone, accesses Media, Preferences, SQLite, Sensors, UI, Phone State and more. Ruboto’s prominent feature includes application generation command-line tool, which is the Ruboto apps’ Ruby Application Generator.

Apple Company’s lifting of restrictions of developing the apps for Apple devices using the only objective –C can be called as a huge leap forward in the mobile application development landscape. The developers who develop mobile apps using Ruby should get acquainted with the salient features of MacRuby. It basically is a fully-fledged Ruby environment that can be used to build and run your Ruby and Ruby on Rails applications