The Global vs Indian App Market in 2022 | An Overview 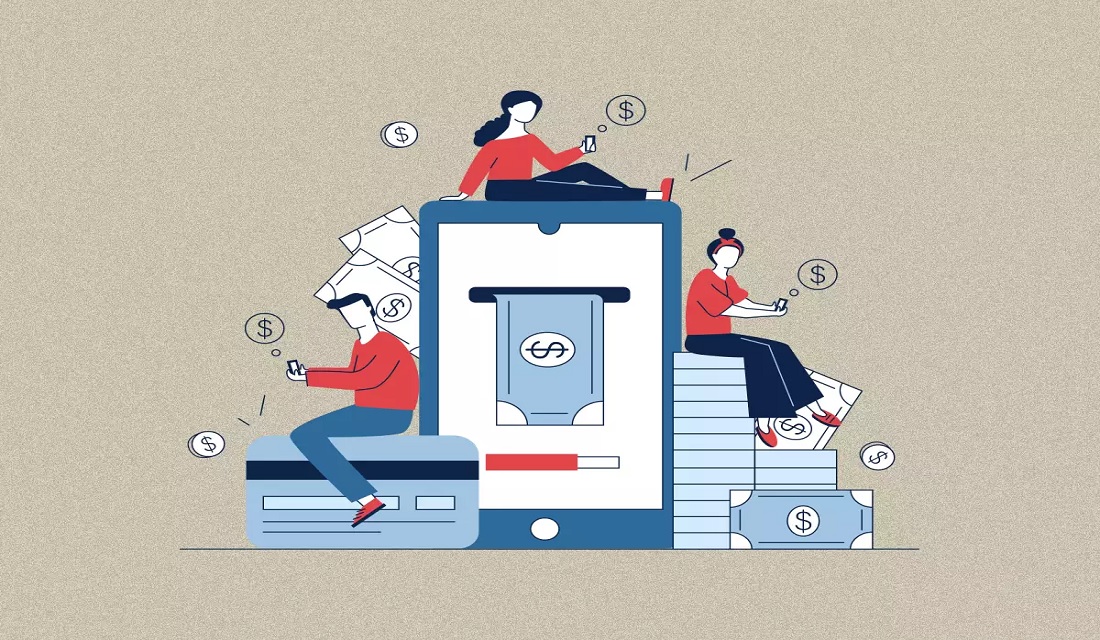 Nowadays technology is updating day by day. Every day we see new changes in the available digital technology. These changes in app development affect all regions as well as industries. Today It has become a trend that almost every industry needs mobile applications to do business. To get a huge number of potential customers mobile apps play an important role. Due to this reason, a lot of industries developed their business apps and some are on the path of app development. 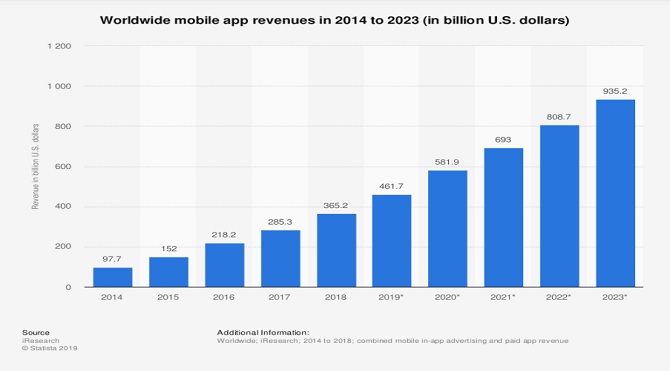 Since the app development trend got wings, there is no surprise that the statistics of the app market goes up and up. According to a study, the expected revenue by 2023 within the app development industry is about $935 billion. The study shows the ongoing and rising graph of app revenue in the year 2018 the revenue was $365 billion. It had increased by $461 billion in the year 2019. In 2020 the estimated revenue of the app industry grew by$ 581 billion. In the year 2021, the study shows an increase of about $250 billion. Today in 2022 this market will be increased by about $ 800 billion and the predictions state a $935 billion rise in 2023.

Popular Categories of Free as Well as Paid Apps in India

In India, both apps are popular and widely used. Free apps are completely free to use for customers. Paid apps are not free to use for customers. These apps charge money for their use. Along with the charge, these apps generate revenue with the help of in-app purchases and in-app advertisements. Free apps don’t charge direct fees or charge to the user; instead, they can be monetized for advertising, in-app purchases, subscriptions, sponsorships, partnerships, etc.

Android apps and ios apps are somewhat similar as they have a common development process. Hence app owners don’t need to approach app monetization on both the operating platforms. Below is the graph of the topmost android as well as iOS apps in recent years.

By analyzing the above graph we can differentiate android apps from ios apps. We can see the number of downloads of the topmost apps on both androids as well as ios operating systems.

The study conducted by Statista states that app revenue in India will increase by about $195 million in the year 2019. In the year 2020, this revenue has increased by $231 million. In addition to this, the estimated revenue is predicted by $305 million by the year 2023. For better understanding, the statistical graph is given below. 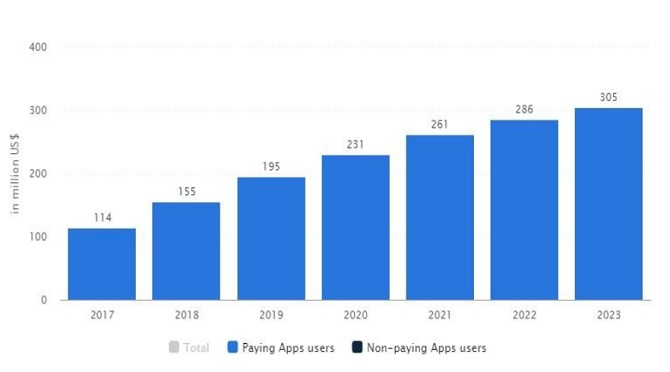 From this graph, we can see the rise in app market revenue. The graph shows the total number of users of both paid as well as free kinds of apps. This is the clear statistics of app revenues by years which clearly shows that all these app trends go on increasing day by day. 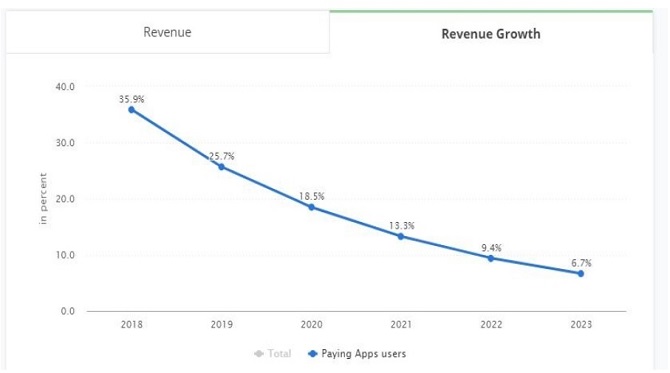 The graph of Indian app revenue goes on decreasing because of awareness among users. There are several other reasons for this gradual decrease. Business owners are thinking of building an app for local Indian audiences that also impacts app revenue.

Comparison Between Indian vs Global Apps

In the year 2019, the United States will become the topmost in the list of highest app revenue. Its total app revenue generation was about $602 million. In India, at the same time, the estimated app revenue was about $195 million only. 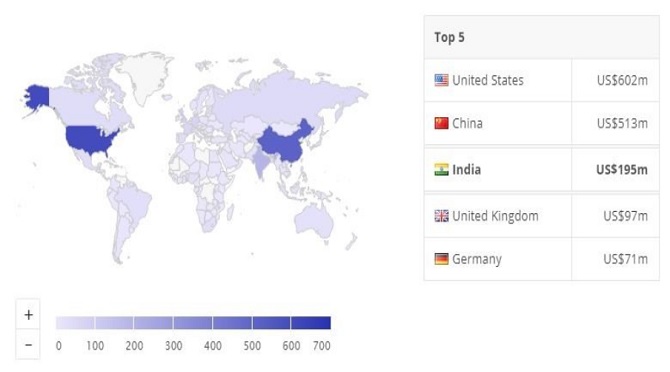 From the graph, we see the second rank after the United States was china. China has collected about $513 million from its various apps running around the world. India comes next to these countries. The total revenue generated from India is very low but this will increase gradually. This is so because the app market is increasing fastly in upcoming years so this is a good sign.

If you are thinking of developing an app for your business then India will be the best place for you. In India, the app development cost is cheap as compared to other countries. In India, app development companies have the best expertise at less hourly rates. All kinds of apps are developed in India whether it is android or ios platforms.

From the given graph we can see the growth rate of mobile users in India. This graph clearly shows that both free, as well as paid app users, are growing rapidly. In upcoming years these rates are expected to be in the topmost category compared to the global app market.

Globally India is becoming the hub of app development. A lot of businesses develop their apps in India. In this article, we have discussed in detail the global and Indian app markets. We have discussed the revenue generation of both app markets. In the next upcoming years, India will be the top country in app development as well as in revenue generation. 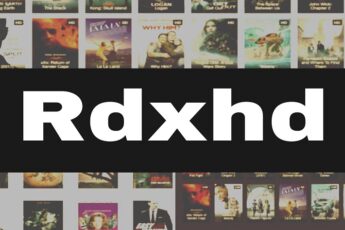 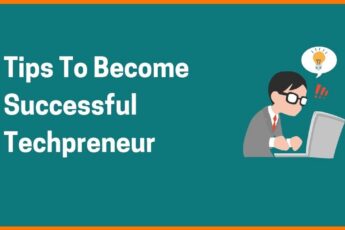 3 Top Tips on How to Become a Tech Entrepreneur 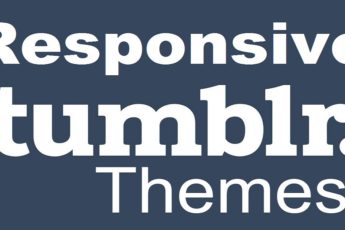